From the number of awards sitting around Mike Markey’s office, it’s clear the Environmental Affairs Land & Waters Program manager is no stranger to receiving accolades for his and his team’s achievements from Gulf Power.

Sitting among the company awards, however, are two that hold special meaning because they were awarded by environmental professionals from across the state he’s worked with through the years.

In 2014, he received the Clair Fancy Memorial award from the Florida Section of the Air & Waste Management Association for outstanding work and leadership in the state’s air and waste management arena.

Markey said he received the prestigious award because of his involvement in the Pensacola Chapter of the AWMA as a board member and past president, as well as his role in chairing the states Technical Conference held in Jacksonville.

Markey, who oversees permitting and compliance, said he was shocked when he received the award from the Florida Association of Environmental Professionals Northwest Florida Chapter during a recent banquet at the Hilton Pensacola Beach.

“I was humbled and appreciative of being recognized by my peers,” he said. “It meant a lot. The Association is a group consisting of regulators, consultants, public and industry professionals. It’s nice to have people who are not always on our side recognize the good things we are accomplishing.”

Markey’s supervisor, Jim Vick, Environmental Affairs director, said the award recognizes environmental excellence and is an outstanding tribute to Markey’s leadership at Gulf Power as well as his significant contributions to many other environmental organizations both local, statewide and nationally. 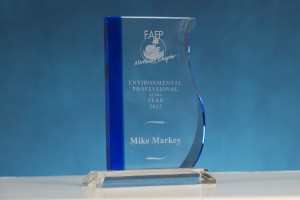 “This award also reflects Mike’s vast technical expertise in many areas, and his knowledge of state environmental regulations is unsurpassed,” Vick said. “He puts a tremendous amount of effort into balancing environmental concerns with business objectives.

“Mike is very humble about all of his achievements, and it is easy to see why he is extremely well respected by his team of environmental professionals, his peers and state and federal regulators,” Vick said. “I am extremely proud to have him on our team, and this award is just another indicator of Mike’s passion for his profession.”

Markey and his team’s involvement in the community and the water reuse program they spearhead at Plant Crist and one in the works for Plant Smith, in partnership with Bay County and Panama City, are key reasons Markey says he was recognized by his state peers.

The Plant Smith project involves reclaiming treated wastewater to use in the cooling tower for the gas combined cycle instead of recycling salt water from the North Bay, Markey said.

“The salt water is hard on the unit in Panama City due to salt spray,” he said. “The project will also greatly reduce the amount of discharged wastewater that flows into the bay by others. And it allows us to get an excellent quality of water to operate our cooling tower.”

Markey has worked for Gulf Power for 22 years, with four of those years in his current position. He credits his team of 13 for his success.

“We have a fantastic team in Environmental Affairs,” he said. “I think we’re second to none with all the expertise and great people we have. We’re family.” 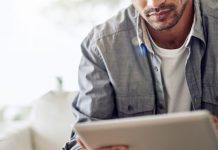 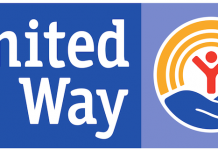 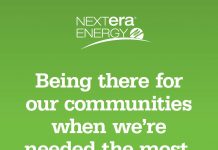 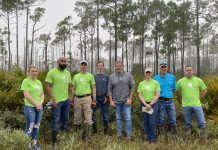 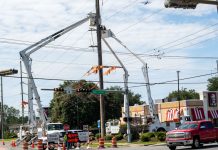 Gulf Power among partners who paved the way for the return...