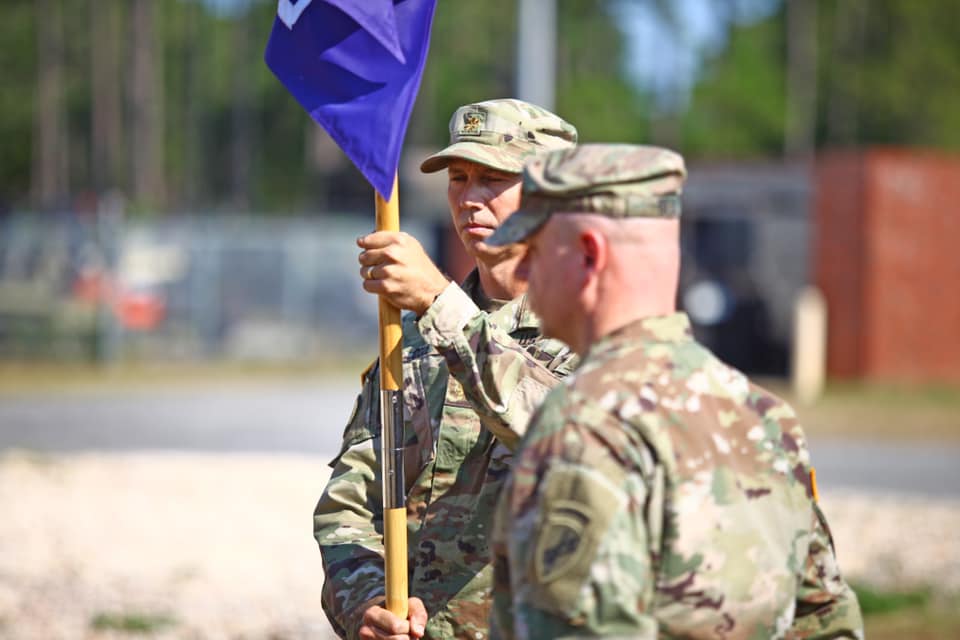 In honor of Independence Day, Gulf Power salutes our own Jeff Cole, an environmental affairs specialist and stewardship program manager, who is a rising star in his weekend job as well.

“It’s a great honor to be trusted with the leadership and mentoring of fellow soldiers,” Jeff said. “This opportunity to help develop assets with mission planning and personnel advancement is a task few officers are afforded, and one I don’t take lightly.”

The headquarters is only one of four Civil Affairs Commands in the United States that deploys soldiers wearing the unit’s insignia “Send Us” to develop diplomatic relationships in foreign countries. Some of the ways they build relationships include working as liaisons with civilian authorities to set up civilian governments in the wake of natural disaster or war, setting up medical clinics, and building or assisting schools in areas where the United States has a military presence.

At Gulf Power, Jeff works out of the Panama City Office and handles federal and state environmental permitting for the company maintaining best environmental management practices, putting his military skills of diplomacy to work through relationship-building with regulatory agencies.

Wearing his stewardship hat, he’s at ease mustering a hard-working team of employees to help conservation nonprofits and agencies build oyster reefs to stabilize shorelines, rebuild beach boardwalks to protect a fragile dune system, maintain public trails on conservation lands and install silt fencing on the Eglin Air Force Base Reserve to save gopher tortoises. The investment of employee sweat-equity, he points out, helps ensure the natural resources of our area thrive for generations to come.

That’s important to him as a sixth-generation native of Northwest Florida. Jeff was born in Milton, Florida and graduated from Milton High School in 1993. He enlisted in the Army in 1995 and served seven years of active duty. Jeff joined the Florida National Guard in 2002, deployed to Iraq in support of Operation Iraqi Freedom from 2004 to 2005. He graduated from the University of West Florida in 2007 and joined the 350th Civil Affairs Command in 2014, rising up the ranks to major.

Jeff is the son of Bob Cole, Santa Rosa County Commissioner who has served District 2 since 2002, and Sheila Cole, board member of Keep Santa Rosa Beautiful.

“Starting out as an E-2 private, I never thought I’d be standing in front of an Army unit formation as a commander or as a major,” he said. “It is a great honor, and I appreciate working for a company that supports my dedication to serve my country.”

Storm teams are rays of hope in the destructive wake of...