So far, 9,000 residents including 1,000 students of Walton and Okaloosa counties have been learning the importance of conservation through the CBA’s oyster gardening and other programs the Five Star and Urban Waters Restoration Program grants have funded since 2013.

The Five Star grants are awarded in partnership with the National Fish and Wildlife Foundation (NFWF) and other public and private funders. This year’s grant of $40,000 will have a $123,195 on-the-ground impact with the grantee’s match.

“We are thrilled to receive the grant and continue the work to engage more citizen and student gardeners in restoring the declining oyster habitat,” said Alison McDowell, director of Choctawhatchee Basin Alliance & South Walton Center of Northwest Florida State College. “Our whole goal is to provide our community with the education and experience to empower them to take action, be aware and be involved in sustainability.”

The CBA operates under Northwest Florida State College Foundation and will use this year’s grant to restore two acres of oyster habitat in Choctawhatchee Bay, an estuary in Okaloosa and Walton counties of Northwest Florida. The project will engage 150 citizen oyster gardeners, 450 students and 400 additional community members to enhance the declining oyster population.

Members of the Paideia Home School Cooperative are among the volunteer oyster gardeners who enjoy it so much, they wouldn’t let rain showers stop them from tending their oyster garden on a recent Friday.

Every week the students meet at Valparaiso’s Florida Park on Rocky Bayou to study the Choctawhatchee Bay System and the important role oysters play in it by growing their own oysters in a cage that’s dropped into the bayou.

“We come down and pull the cage out of the water, measure the young oysters and catalog their size,” said Ben Mathers, one of the students. “It’s like a reef restoration project but on a small-scale to help kids learn about the oyster and its lifecycle. Oysters are one of the main factors to monitor, along with seagrass and shrimp and crabs, to understand how well the ecosystem in the bayou is doing.”

Once the students’ oysters grow large enough, they will be moved to the newly built oyster reef breakwater to help build a thriving oyster population faster.

On the same day the students tended to their oyster garden, Jennifer McPeak was also in the rain pulling her oyster cage out of Marler Bayou in Destin. She washed off the silt that collected on the oysters and counted the tiny, newly attached oyster larvae, called spat, and checked on the progress of dozens of juvenile oysters that had grown to the size of a quarter.

“Last year, I produced 500 to 600 mature oysters. We took them up to Bluewater Bay Marina and put them on oyster breakwater reef,” said McPeak, who became an oyster gardener after the CBA built a living shoreline to restore her eroding waterfront property.

“I’ve always been a nature nerd and working with CBA to build my living shoreline was really eye-opening … the amount of life that is supported by these reefs is shocking,” she said. “When I started growing the oysters in the oyster gardening program, even those clusters in that cage are supporting all kinds of life. Seeing it and working with it will turn you from a passive person who is basically interested in conservation, into more of an evangelist for sure.”

The Five Star grants have also protected some of the rarest lakes on Earth by supporting work to remove invasive plants and restore dune habitat for Walton County’s coastal dune lakes that are only found in Oregon, South Carolina, Madagascar, Australia and New Zealand. To date, the grants have also restored 18 acres of habitat in South Walton County.

“Gulf Power is happy to be supporting the CBA’s work that is positively impacting the waterways we all love and the estuaries that serve as the breeding grounds for our oysters and fishing industries,” said Kimberly Blair, Gulf Power spokesperson. “It’s part of our stewardship promise to be supporting programs that are fostering a conservation ethos among our customers and employees that will pay dividends in protecting the natural resources of our Emerald Coast for generations to come.”

The Five Star grants are among the nearly 100 conservation projects totaling $5.8 million Gulf Power has supported since 2003 through the NFWF across Northwest Florida.

“We have a lot of people taking community stewardship to heart,” McDowell said. “We’re reaching a lot of kids who have never been to the bay, even in this coastal town, have never seen a fish in its natural habitat or a heron wading through the shoreline grass. Once they see and feel it, it becomes real, and they begin to care about it.” 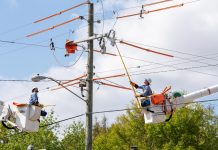 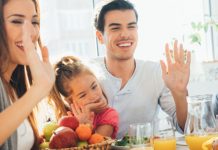 Tips to save money and energy this holiday season 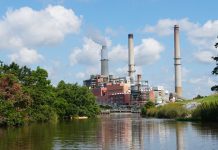 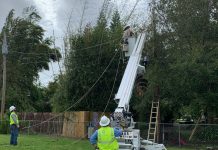 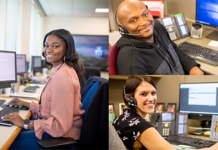 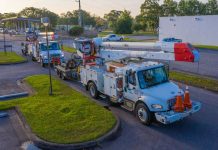