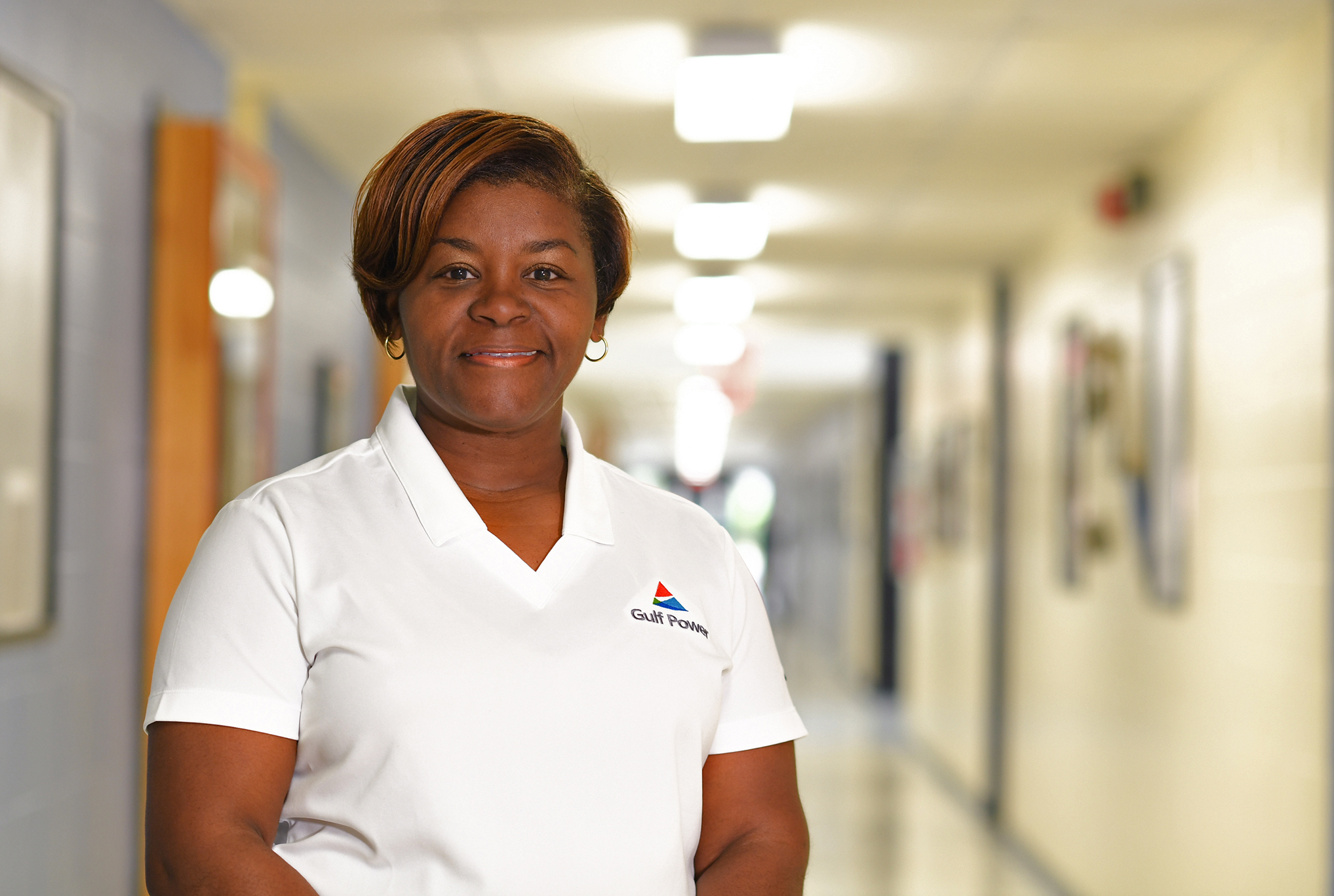 One week after Hurricane

Michael plowed through the Florida Panhandle, Tracy Andrews, Gulf Power’s local manager in Chipley, and her team were working nonstop on power restoration in her hometown.

Chipley is 50 miles inland, but Michael toppled many of the majestic trees, blew off roofs and mangled power lines and poles and impacted not only Gulf Power customers but Tracy’s family and friends.

“I am elated, excited and ready to serve my community as the first female African American mayor of Chipley,” she said. “I have lived a life of integrity with a servant’s heart and I am thankful to be selected and thought enough of to be selected as mayor.”

Simply put, Tracy is a lady on the move.

She took over the role of local manager in January overseeing power operations for more than 10,400 customers in Washington, Holmes and Jackson counties. She was elected to city council a year ago and in August and named president of the Chipola Area Habitat for Humanity.

“My drive is not for selfish reasons but is a genuine love for people in my community and a desire for our city to grow and develop and become greater than what it is,” she said.

She also serves on the Florida Panhandle Technical College Executive Advisory Board, Holmes County Chamber of Commerce, and New Vizh-uhn Inc. She is also an active member in her church Yes Lord Deliverance Church of God In Christ.

How does all of these roles fit together? “They are intertwined with one common denominator … community,” she said. “I have always known that I would at some level serve in my community.”