Dust and the sound of the roar of a backhoe filled the air as Carissa Kent and her small team spent an entire day in late February carefully digging multiple holes — 10 to 20 feet deep — into a sandy ridge hunting for gopher tortoises.

One by one, they plucked five tortoises from their deep burrows just ahead of construction bulldozers that were clearing the way for a new subdivision near Clermont, Florida.

Zombies. The Walking dead. These are the names wildlife officials gave these tortoises and thousands of others because they are at risk of being buried alive under new developments across Florida.

A host of public and private partners, including Gulf Power and Eglin Air Force Base, are helping Kent and her team in their race to give these tortoises a second chance at life and bolster their numbers before they qualify for listing in 2023 under the federal Endangered Species Act.

“Gulf Power, through our parent company Southern Company, supported a National Fish and Wildlife Foundation Longleaf Stewardship Fund that earmarked dollars to pay for the costly process of rescuing, transporting and relocating 100 of these tortoises to Eglin,” said Kimberly Blair, Gulf Power spokesperson. “The Fund helps projects that are vital to the restoration of native longleaf pine ecosystems. Gopher tortoise populations are key to the full restoration of that landscape because they support more than 350 other species, some of which are also imperiled.”

The grant was awarded to The Gulf Coastal Plain Ecosystem Partnership (GCPEP), a group of 15 landowners in Northwest Florida, including Gulf Power and Eglin, who are collaborating to conserve and restore the dwindling longleaf pine ecosystems that once dominated the Southeast.

With 280,000 acres of suitable longleaf habitat on its 464,000-acre military base, Eglin recognized a great opportunity to provide a home for thousands of the gopher tortoises when they learned about Kent’s “Save the Tortoise” effort, said Jeremy Preston, Eglin Natural Resources wildlife biologist,

“With the amount of potential gopher tortoise habitat we have, we saw an opportunity to be proactive in gopher tortoise conservation and provide a significant contribution to precluding the need for federal listing,” he said. “Eglin’s leadership agreed, and was willing to partner with other stakeholders to find a place for these animals.”

Eglin began taking in the tortoises last year with a goal to provide a home for 6,000 before 2023 in an effort to build viable populations on the installation. Gopher tortoises are long-lived and slow to reproduce. Nearly everything in the forests dines on their hatchlings so recovering populations through natural reproduction alone will take a very long time, Preston explained. Supplementing Eglin’s populations with these animals helps build long-term viability for Eglin’s tortoise population.

While saving these docile creatures, the goal of Eglin Natural Resource team is to save the Air Force time and money it would take to navigate stricter rules for base operations that would be imposed under the Endangered Species Act. “A pre-listing agreement that includes the relocation of these animals is being developed in cooperation with the U. S. Fish and Wildlife Service. This agreement will give the Air Force mission-flexibility, so it can do its mission without interference, even if the animal is eventually listed” Preston said. “But right now, keeping it from being listed is the goal.”

With so much at stake, he said the support of partners providing grants and manpower is vital to the success of reversing the sharp decline of the tortoise. “By partnering with other organizations like Gulf Power, Florida Fish and Wildlife Conservation Commission and Fish and Wildlife Service, we fill in the gaps that the Air Force could not, and that has sped up the process,” he said. “We’re doing everything we can ahead of the listing determination in 2023, so there is a time crunch,” said Preston.

Building up its tortoise population is also important to the conservation of other species on Eglin and surrounding areas. Tortoise burrows provide refuge for mammals, birds, insects, snakes, and amphibians in the winter, and for food, cover from predators and fire.

Vernon Compton, director of GCPEP, said the project underscores what can be done when government agencies, corporations, conservationists and regulators all work for a common goal. “We are seeing immediate results in taking a very rare species that has the potential to be lost and bringing it to an area that has great habitat where there are few tortoises,” he said.

“This is not the first time Gulf Power has partnered with Eglin on supporting their environmental goals,” said Blair. “We partnered with the base on a large-scale solar farm that was activated last year. We’ve worked with the base to establish 1,400 acres of native grasses that support wildlife on our transmission right-of-ways and 3,000 acres of longleaf pine and wiregrass habitat that is benefiting the recovery of the red-cockaded woodpecker.”

None of the gopher tortoise recovery work could be possible if were not for Kent. After learning about the doomed tortoises 12 years ago, she ditched plans to join the FBI and, instead, dedicated her life saving the tortoises.

“When I first heard about this, I could not sleep,” she said. “I could not get the image out of my mind of this poor animal getting stuck and trying to dig up under someone’s living room and falling back down in their burrow and trying to do this every day for a year. Because of their slow metabolism, it can take months to slowly suffer and die underground as they run out of air, food and water.”

So far, she has saved more than 6,000 tortoises on land permitted for development in 1991-2007 that allows developers to legally build on top of their burrows. Florida’s current regulations require gopher tortoises that may be impacted by the development to be moved. The old permits, however, do not expire. Many of the developers don’t want to kill the tortoises, but they don’t have the resources to excavate them and relocate them to the few areas that can provide safer havens for the tortoises, Kent explained.

“What started out as a humanitarian project for Kent, has turned into a large-scale conservation project thanks to the few large landowners like Eglin, Ted Turner’s Avalon Plantation near Tallahassee and the Nukose Plantation in South Walton County eager to take in the tortoises,” Blair said.

As one of Kent’s team members pulled a healthy gopher tortoise out of a 20-foot excavation hole in February though, Kent noted that there so much more work to do. “It’s estimated that there are 15,000 to 25,000 more tortoises left to rescue, and we want to continue to work with developers, environmental consultants, wildlife officials, Eglin, Gulf Power and Southern Company to rescue them. It takes a village to put this all together to be successful.” 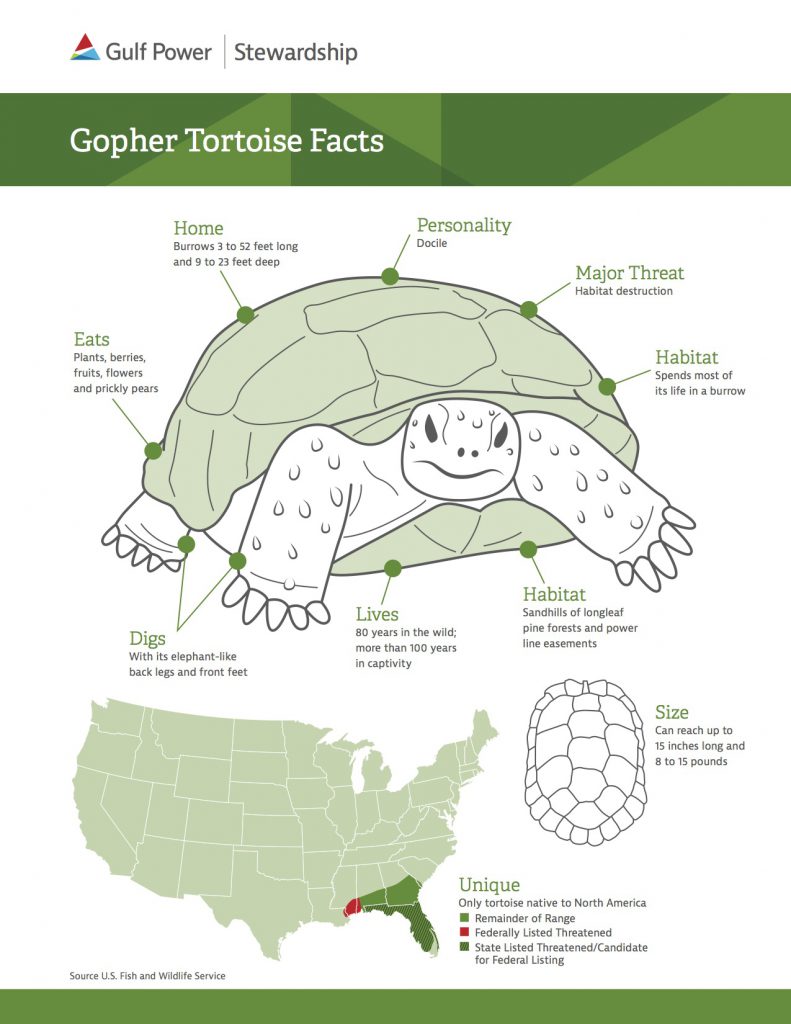 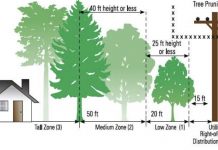 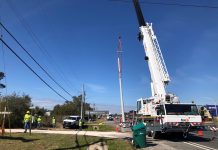 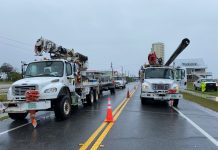 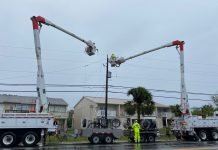