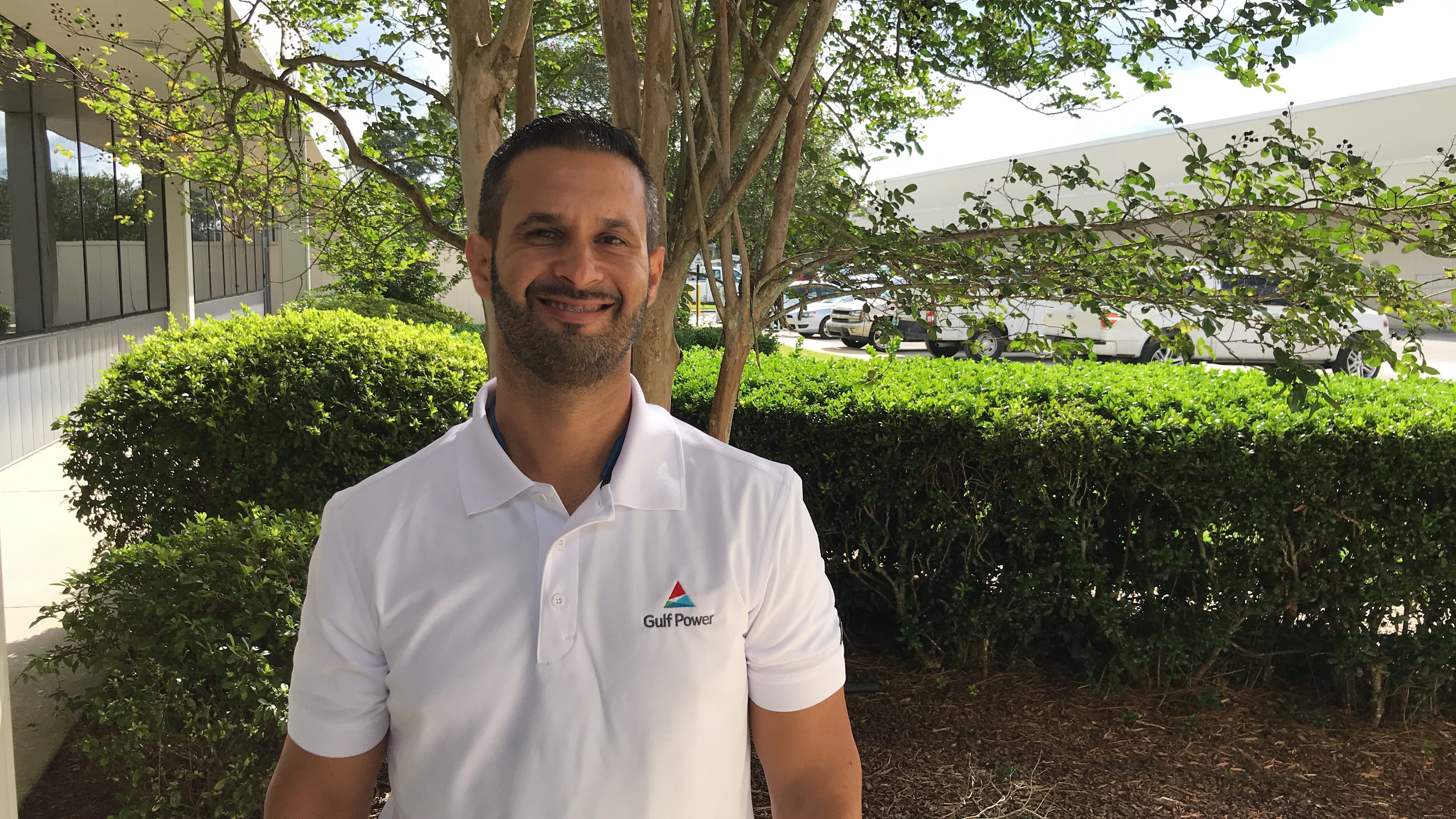 Gulf Power, along with the rest of the Nation, is celebrating Hispanic Heritage month to recognize and celebrate the contributions, culture and heritage of Hispanic and Latino Americans. The observation begins September 15 in order to coincide with the Independence Day celebrations of five Latin American countries: Costa Rica, El Salvador, Guatemala, Honduras and Nicaragua.

As a district engineer for a major utility company, your main job is to make sure you keep the lights on and energy flowing for your customers. It’s a necessity that some take for granted, never giving a second thought to where the power is coming from.

But on Sept. 20, 2017, Hurricane Maria slammed into the island of Puerto Rico as a Category 4 storm, packing winds of 155 mph and leaving a wake of destruction. It knocked out power to the entire island, causing the worst blackout in U.S. history, leaving millions without power for months. 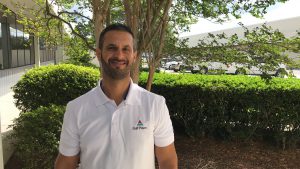 “It was the worst storm the island has ever seen,” said Nestor Morales, an engineer in Panama City, who at the time was a district engineer for the Puerto Rico Electric Power Authority in Carolina, Puerto Rico. “It was heartbreaking to see all the destruction everywhere you looked. I was responsible for keeping the lights on and power flowing to the main airport and major hospitals in the area. It was frustrating because for days there was nothing I could do except help those around me and make sure my neighbors and family were safe.”

At the time the hurricane hit the island, Morales had been working for PREPA for nearly 20 years, following the footsteps of both his uncle, who was also an engineer, and his father, an accountant and Human Resources specialist for the energy company. With a love of math and science, he attended the University of Puerto Rico and received his electrical engineering degree, mixing study time with his other passion … baseball.

“I was good enough to play in both college and the minor leagues as a pitcher, but I knew engineering is where I needed to be,” he said.

As an engineer, Morales had worked his share of storms on the island, but nothing could prepare him for what Maria had laid bare … nearly every tree uprooted or limbs torn off, houses either destroyed or ripped open for the world to see and utility poles snapped in half with power lines down everywhere.

While Morales and his family weathered the storm uninjured, they spent the night without sleep because of the roaring strong winds and unrelenting rain. They had to escape the flooding of their first-floor apartment and joined other family members, friends and neighbors to get to the main roads before the water got too high. After they got to safety, they saw the storm was worse than anyone had predicted.

“When we came out of the house, we couldn’t believe our eyes,” he said. “The mountains were naked without trees. Everything around us was destroyed. Not only did the electrical grid collapse, but some people lost everything they owned. Even today it’s hard to find the right words to comfort someone who lost everything.”

With the loss of the power grid and lack of communications, the engineer turned humanitarian and helped his neighbors clear debris and did anything he could to help. In the meantime, he was in the same situation as everyone else on the island without power, no communications, showering with cold water, and waiting in endless lines to get gas, food and water.

“I think that was the most frustrating part of being a district engineer,” added Morales. “We needed to start power restoration as soon as possible, but it was impossible. While we waited for the generating plants to come back online, we did whatever we could, including clearing tree limbs from lines and removing down power lines. It would take hours for me to get to our central dispatch to gather information so I could share it with my employees and neighbors. Everyone was craving the tiniest bits of information.”

A storm the size of Hurricane Maria would have wreaked havoc on any electrical grid in its path. While Morales and his crews waited for supplies and additional manpower from the states to arrive and the generating plants to come back on line, he juggled multiple tasks. His crews would clear bush impinging on power lines and access roads and help assess damage. Finally, utility crews from as far away Texas, Wisconsin, Arizona, California, New York, Iowa, Florida, Minnesota and Massachusetts arrived to help. Overall, nearly 3,000 industry lineworkers and support personnel were involved in the massive restoration effort on the island.

“Once we started getting more help and the supplies arrived, we really could concentrate on restoring the power,” said Morales. “We had to rebuild a lot of the power grid from the ground up which had its share of challenges. But I am proud of the work we did and our contribution to helping our neighbors get power restored.”

Nearly 10 months after the storm hit, while never the same, life on the island started to return to a state of normalcy with most of the island’s energy grid was restored. With power restored to his area of responsibility along with his family and neighbors, Morales decided to seek professional opportunities outside of the island and landed an engineering position with Gulf Power in Panama City where he is responsible for projects for new and existing residential, industrial and business customers.

And while it is hard to leave his family and his home of more than 40 years, he knows he has found a new community that is welcoming … plus he won’t miss his favorite foods from home.

“I’m excited to start a new chapter not only in my professional, but also in my personal life” added Morales. “We’ve already found a vibrant Puerto Rican community here through our church and the people here have been very welcoming. And since my wife is an excellent cook, she is making sure I’m not too homesick.” 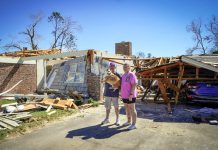 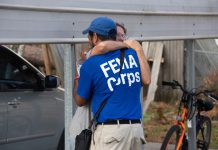 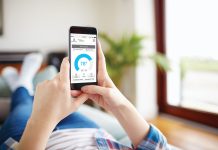 Smart home gadgets give customers power over their energy use