On Oct. 10, 2018, Northwest Florida was devastated by Hurricane Michael when it made landfall through Bay County with winds in excess of 155 mph, ripping through everything in its path. The cities of Panama City, Parker, Callaway, Springfield and Lynn Haven were obliterated, destroying lives but not the human spirit.

This was no Hurricane Ivan. It was Hurricane Michael, the strongest and most destructive hurricane to hit the Florida Panhandle in recorded history.

There was not a business or home that went untouched by what many thought was going to be a Category 2 or 3 storm. After the hurricane and people made their way out of to survey the damage, total destruction and devastation was everywhere they looked. Trees snapped like toothpicks, power line poles down and lines blanketing the streets, roofs smashed or gone, and buildings demolished. At the marinas, the pungent odor of diesel fuel filled the air as boats that didn’t sink were piled upon each other. As the evening came, the city plummeted into total darkness.

Many Gulf Power employees from the Eastern District were not spared the destruction to their homes and were also impacted by the storm’s aftermath. Some had minor damage to their home; others lost everything. But there are two overarching themes by everyone you speak to — they are thankful their families survived and that possessions can be replaced.

In the spirit of Thanksgiving, some teammates reflect on the storm and what they are most thankful for this holiday season.

Paul Christensen, his wife Stacy and dog Ginger decided to ride out the storm after waking up and hearing that Hurricane Michael had gone from a Category 3 to a 4 overnight. Not able to evacuate, they stayed in their Lynn Haven home, bracing for whatever nature was about to throw their way.

The storm started getting rough and Paul just had a “weird feeling.” That’s when he heard a tree fall and his ears pop from the pressure.

“I felt like something bad was about to happen,” said Paul. “The doors and windows popped open and I heard the sound of ‘the train’ coming. We managed to get into the tub and the next thing we knew the entire roof was being blown off the house.”

With drywall falling around and on him, Paul knew he had to get the three of them to safety. While trying to move to a different area of the house, in what can only be described as a tornado, he was sucked up by the wind and thrown six feet across the house.

“I found my way back to my wife and dog, and we literally dug our way through the debris from the home collapsing to find our way to safety and another area of the house,” said Paul.

Using garbage cans to shield them from more falling debris, the couple dug through fallen sheetrock and 2x4s and crawled to the garage and sought refuge in their pickup truck. Then the walls came down and if not for the roof trusses, they would have been crushed in their vehicle.

“We were trapped in the truck for about two hours,” said Paul. “Our whole house was destroyed. Our neighbors could see what happened and soon as it was safe, all the men in the neighborhood rushed over to clear a path to get us out.”

After being freed, his wife reminded him that he needed his insulin since he is diabetic. His neighbor, Greg Charles Weaver, ran into the what was left of the house and found his medicine in the refrigerator but the vials where crushed.

“Luckily, I was able to get insulin from another employee at the office as well as some clothes,” he said.

“We lost everything. I came to work wearing someone else’s shoes and clothes.”

After losing everything, Paul thinks back to what could have been had he not been home and what he is most thankful for this holiday season. He is grateful that his family survived and for a boss that told him to go home.

“I was supposed to work that day, but my boss told us to go home,” Paul continued. “If I had worked that day and not been home, the outcome would have been completely different. I could have lost my wife. I am thankful I was home for her.”

Like everyone in Panama City, Susie and her family had been tracking the storm since it became a hurricane in the Gulf of Mexico. And like everyone else, they thought maybe a strong Category 3 storm, the type storm they had been through before. But when they woke up Wednesday morning, they knew they had to leave.

The family caravanned to Birmingham, Alabama, in two cars and included her daughter and son-in-law, their four children, her 86-year old father-in-law, and two dogs, Rudy and Jackson. Once in Birmingham, they watched the storm on television hit their hometown, and prayed that everyone in its path would be safe.

Susie and her family returned the next morning, making the long, treacherous drive, witnessing the damage the closer they got to home.

“The first thing we noticed was all the trees that were snapped as far away as 30-40 miles away from Panama City,” she said. “When we finally made it to our home, we couldn’t believe what we saw. It was just total shock.” 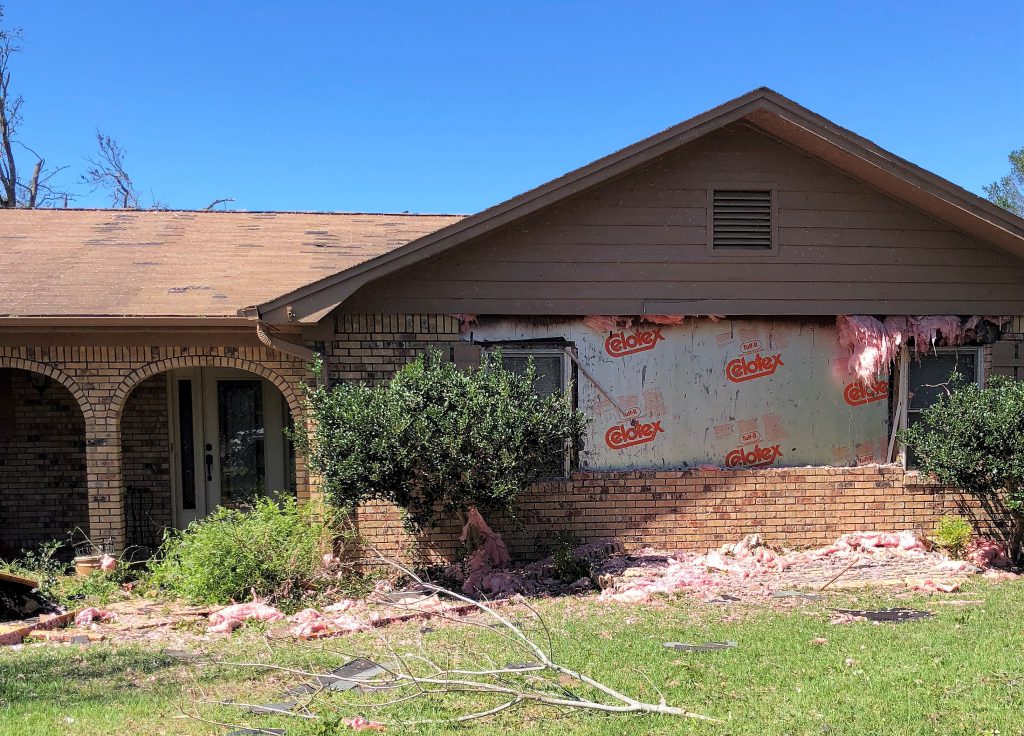 When the family returned home, they saw their greatest fear — their home of 25 years was missing parts of the roof with many of the rooms exposed to the elements, and their car in the garage was covered in sheet rock that had fallen due to the 150-mph winds.

Now, after having a few weeks to think about the experience and finally catch her breath after working continuously for weeks, Susie didn’t even have to think about what she is grateful for this holiday season.

“You know, even though the house was destroyed, my family is alive and if nothing else, this storm stresses the importance of family and appreciating the small things in life. Stuff can be replaced, my family can’t.”

After living in his home for 24 years, all Paul Edmondson could think about when Hurricane Michael hit was packing everything he could into the car and riding out the storm.

“Like a lot of people, we were under the mindset that the storm would hook left or right, but it never veered off the original course,” said Paul, who lives in the hard-hit Panama City Country Club neighborhood in Lynn Haven. “Once it got bad, we tried to ride it out in the closet.”

Ironically, Paul was supposed to get his roof replaced the week of the storm, and when the storm hit, the 150-mph winds tore through it, ripping the shingles off and scattering them across the subdivision.

And that’s when they heard it … the sound of the roof caving in.

“Once it really started getting rough, we decided it would be safe to be in an interior closet,” Paul continued. “That’s until the roof started falling in around us. We ran into the bedroom and threw as many clothes and important papers we could find into a suitcase. Once the rain let up, we crammed all our possession we could in the car and rode out the rest of the storm.”

Once the Category 4 storm passed, Paul, like everyone else, emerged to survey the damage. The tall pines that provided privacy from his neighbors were gone. Homes, including his, were partially destroyed or left in rubble. The neighborhood landscape was forever changed, including Paul.

“I am truly blessed,” he said. “My home can be repaired and whatever possessions we lost replaced. We are just happy to be alive and that our community, family and neighbors are safe. And that’s all that matters.” 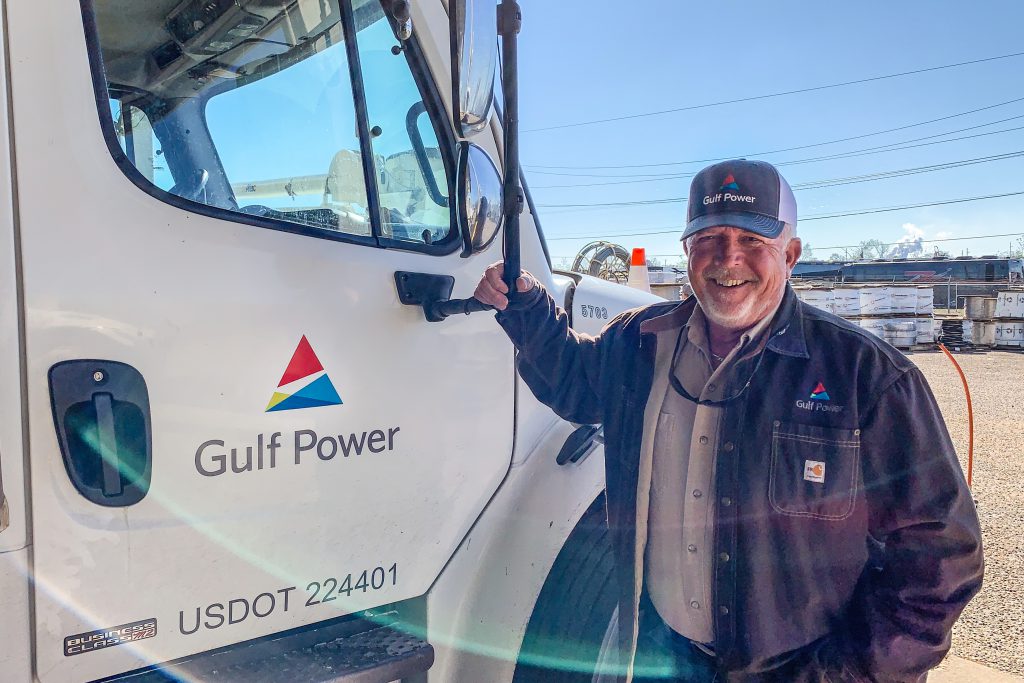 Since he lives in one of the flood-prone areas of Panama City, Chris decided to ride out the storm with his mother who lives more inland. The thought of a predicted 8-10-foot tidal surge convinced him to move his family to safer ground.

“I’ve been here since 1975 and consider myself a local so when the evacuation order came for my area, I knew things could go bad really fast,” said Chris.

Hurricane Michael ripped apart the Florida Panhandle with howling winds in excess of 150 mph and left homes flattened, and windows blown out. Piles of debris were everywhere.

“I’ve been here for more than 40 years and have never seen anything like this,” said Chris.

When Chris returned home, after surveying his damage he felt blessed, because he was better off than most he had seen on his way home.  But the most heartbreaking moment was when he was assigned the task of finding which homes and residences could accept power once restoration efforts were under way.

Coming upon an apartment in Callaway, an area devastated by the hurricane, a young man approached him and asked if he was from the local area and if they would be able to receive power. After Chris surveyed the apartment, he noticed the roof was completely ripped off and one corner room was exposed on the second floor.

“I told him I was local and rode out the storm with him,” Chris said. “He pointed to his 4-year-old daughter and the corner of the building where the walls and roof missing. ‘That’s where we were during the storm. Now my daughter plays in the puddles because we have nothing else.’ That broke my heart.”

Now Chris, much like everyone else affected by the storm, appreciates life and his family more and takes nothing for granted.

“The storm and everything else that followed was emotionally draining,” he said. “Stuff is stuff and can be easily replaced. I am blessed to have my family and happy we are all safe and together.” 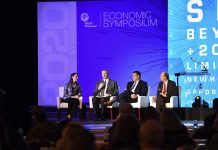 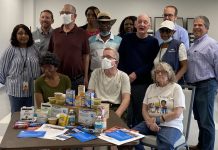 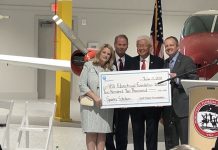 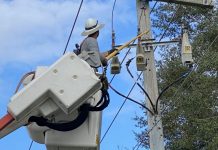 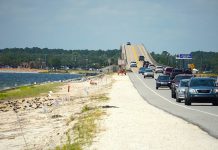 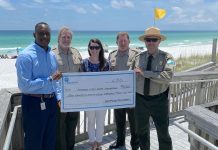 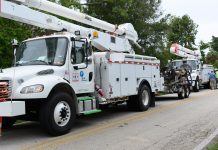 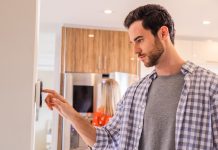 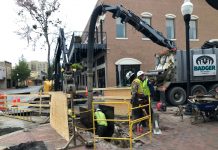