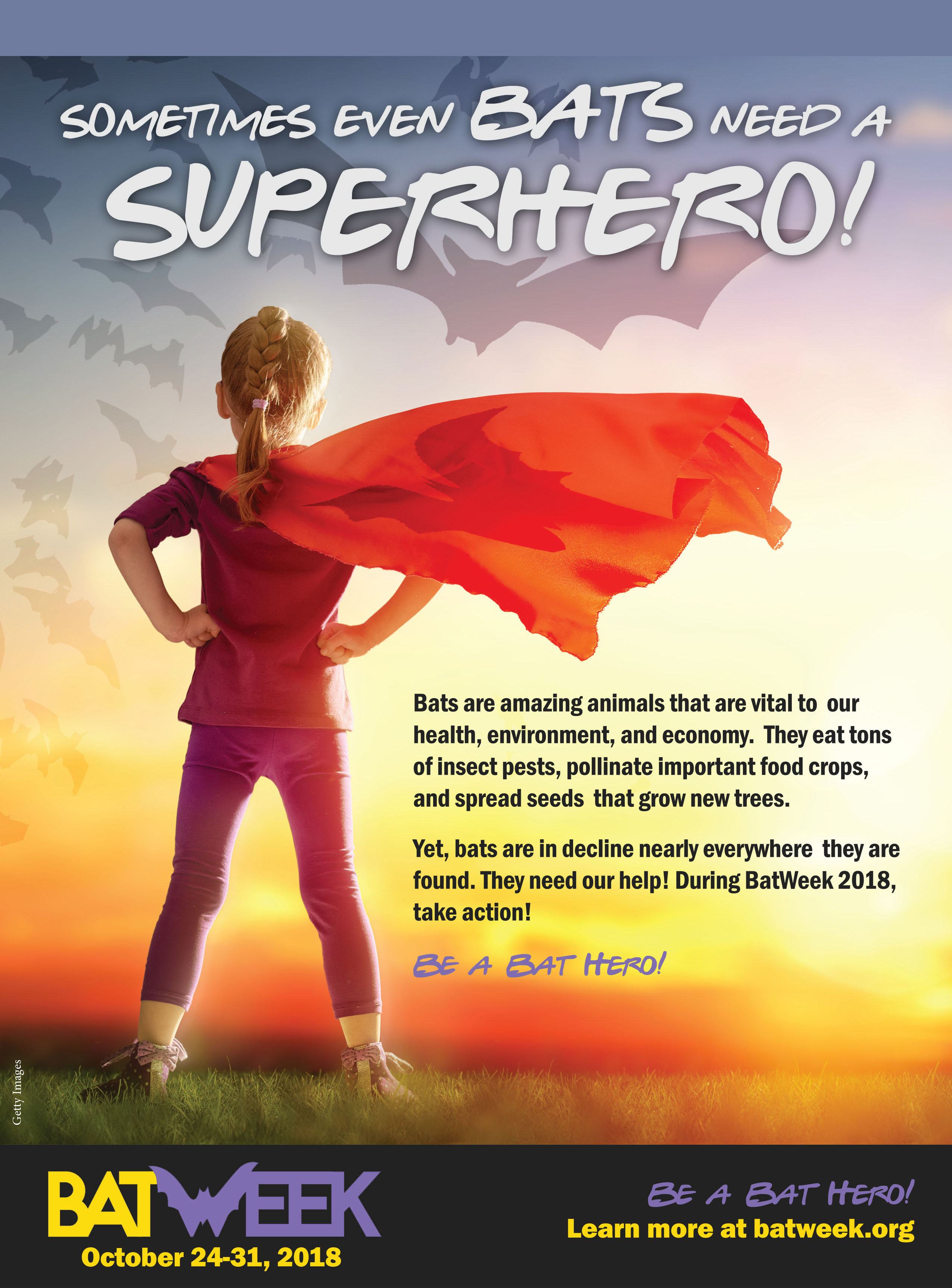 Bats take center stage Oct. 31 as one of the scary icons of Halloween.

But like Batman, this misunderstood mammal really isn’t scary at all.

And thanks to the National Bat Week campaign, bats are getting an image makeover from scary menace to backyard hero. Eating insects including mosquitoes, pollinating plants and spreading seeds are among the bat’s hero-worthy qualities.

In celebration of National Bat Week, Gulf Power is applauding Southern Company, the National Fish and Wildlife Foundation (NFWF) and other funding partners as they announce today awarding more than $1.1 million in grants to combat white-nose syndrome (WNS), a disease caused by a cold-loving fungus threatening vital hibernating bat populations.

This is the second year Southern Company and its operating companies have supported the Bats for the Future Fund aimed at finding a cure for the fungus that could leave the North American bat species on the brink of extinction.

“We are lucky that the white-nose syndrome has not spread to Florida, yet,” said Kimberly Blair, Gulf Power spokeswoman. “But the disease has spread to every state surrounding Florida, and we support every effort to find a cure to stop this deadly disease.”

Supporting these efforts is part of Gulf Power’s stewardship mission — to protect wildlife and their habitat throughout our service territory, including the bats that live in limestone caves on Gulf Power property near the retired Plant Scholz in Sneads, Florida. These bats are regularly monitored for white-nose syndrome by Florida Fish and Wildlife Conservation Commission.

The 2018 Bats for the Future Fund grants were awarded to four projects that will test four different environmental treatments, as well as further develop a vaccine to help manage the disease and improve survival and recovery of affected bat populations across North America. View the grant awardees’ projects.

Visit whitenosesyndrome.org to learn more about #Bats, WNS, and how you can be a #BatHero. #BatWeek